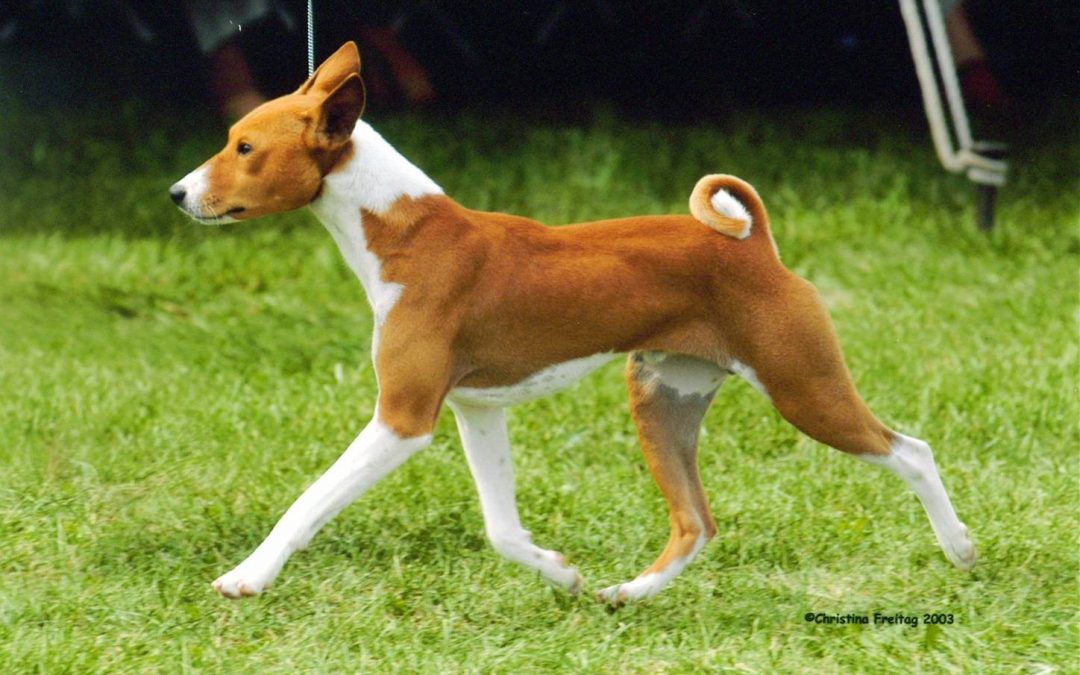 My first basenji came to me in 1981.  Her name was Honey.  Champion dad, ‘no name’ (unrecognized heritage) mom.  Never met the dad but mom was the most beautiful thing I’d seen.

How’d I find her?  The local grooming shop that groomed our cocker spaniel had a show catalog that just happened to have a few basenjis in it.  It gave the name and city of the owners so I did a little research, got the lady’s name, address, etc and wrote her a letter.  (what? Real mail!).  Actually, typed the darned thing and mailed it off.

A week or so later, a reply letter arrived.  We drove to Goldsboro, NC where “Mutt” the basenji was running loose in the front yard with her kennelmate “Jeff” (a pointer).  If memory serves, we picked the cutest one (how could they not be cute?), named her Honey and brought her home to Charlotte with no crate, no instructions, no helpful resources. The sire’s owner was Pat Black (Omar) and if memory serves, she did try to give me some help prior to the sale but I don’t remember much on the order of ‘help’ received after.

Honey’s first night was spent in the kitchen, loose.  She ate the legs on the kitchen table, scattered water and poo all over the place and it looked like everything she could reach was painted in it.  We won’t mention that she screamed her bloody head off and from that point her name was Honey Hush! (she would not hush. Period.)

She ended up being a cute thing and these two ladies (I will choose to *not* dignify them by sharing their names – both are deceased) found out about me/us from the stud owner and person I’d contacted.  Those ladies eventually convinced me that I should try to show her.  I did.  Drove all the bleeping way to West-by God-Virginia (turnpike was under construction and quite an ordeal) to the July Shows in Huntington, Charleston & Parkersburg and met a boat load of new friends.

No.  Didn’t win anything but Honey beat another one and I was hooked.  I was 6’ tall and 150 pounds soaking wet and the judge was a dirty old man.  No one told me he thought I was cute and Honey didn’t win a pretty red second place ribbon on her own merit.

Honey lived with us for about 5 years then went to live with a military family in SC.  She, thankfully, was never bred.  The wife called me one evening and said Honey is diabetic and the vet was about to start treatment the next day.  Come to find out, she had Fanconi and I told the Mrs. about it. There was limited info in hand at the time & I mailed her what I had. The vet did a little more research and confirmed it.  Honey lived several years with them until she died.  I lost track of the people soon after.